Posted by husseina bu ali on June 29, 2018
Rob Hiaasen, a Capital Gazette editor and brother of the author Carl Hiaasen, was identified Thursday night as one of the five people who died in the newsroom shooting in Annapolis, Md., as friends and colleagues paid tribute to the journalist. Continue Reading Below"I just want people to know what an in­cred­ibly gentle, generous and gifted guy my brother was," Carl Hiaasen told the Washington Post. "He was an unforgettably warm and uplifting presence as a father and brother," the author said, adding that his brother "also had dedicated his whole life to journalism."Rob Hiaasen was 59. Continue Reading BelowChase Cook, a reporter at Capital Gazette, shared his disbelief that his former colleague was among the victims. Gerald Fischman wrote for the Capital Gazette's editorials and edited on the weekend for the Sunday Capital.

-- The grieving and the reporting jumbled together for staffers at The Capital Gazette after a fatal shooting at the newspaper, but they were determined to put out the next day's edition. While the front page described the mass shooting in horrific detail, the opinion page offered a starker approach. The opinion page of the Capital Gazette, June 29, 2018. Capital reporter Chase Cook wrote on Twitter: "I can tell you this: We are putting out a damn paper tomorrow." https://t.co/ScNvIK1A4R — Capital Gazette (@capgaznews) June 29, 2018Reporters brushed aside any logistical difficulties putting out a newspaper when the newsroom is an off-limits crime scene. 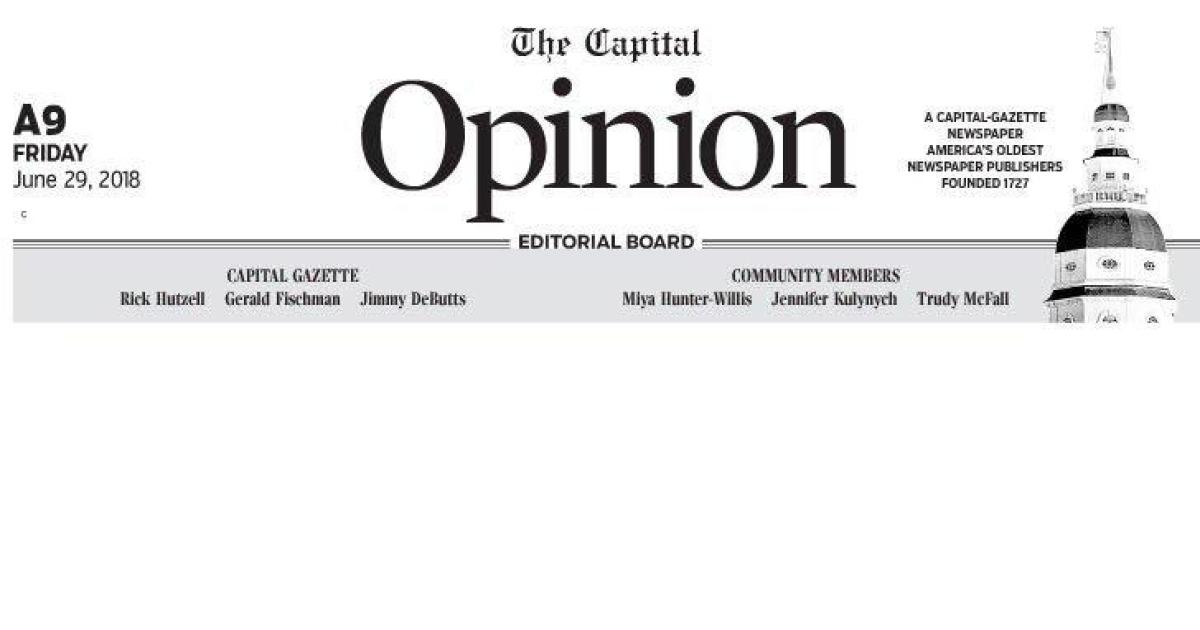 Who they were: 5 killed in Capital Gazette shooting – WTOP